This Belgian rice pie is a top dessert in the Benelux (Belgium, Netherlands, Luxemburg). Especially popular in the Maas-Rijn region. There are many rice pie recipes but this one is often preferred for its soft crust, creaminess and aroma. 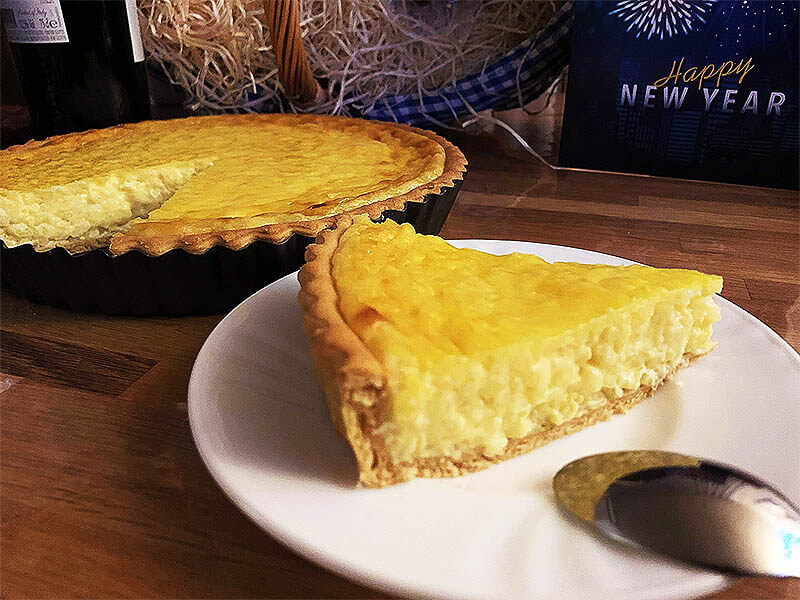 Also called a Verviers pie or dorêye! Its origin is unsure but the rice pie was mostly made in the city of Verviers where it became well known.

The town used to be an important European trade hub where international grains, such as rice, landed.