This is an older turkish baklava recipe, when filo dough wasn't commonly available for the average consumer.

The baklava's origins isn't well documented but there are hints toward Istanbul. the occasional Greek may contest its origins. 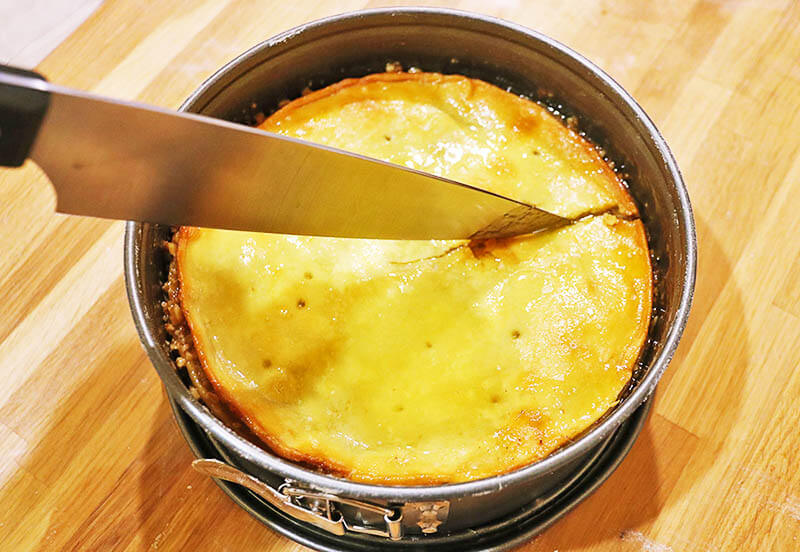 This recipe is the filo-less version. Although it is traditional in Turkish families, filo dough baklava goes way back in time and are more popular thanks to its crispy, refined texture.

It is thought that Turkish baklava was the first ever recipe that included filo dough. 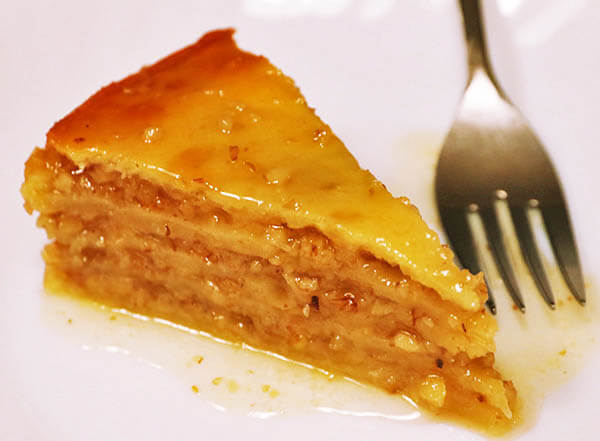 A slice of warm baklava.